What Waterstones Can Teach Writers

Stephen Heyman writes on slate.com about how Waterstones’ fortunes changed for the better when Alexander Mamut, described by one broadsheet as: “The most powerful Oligarch you have never heard of”, bought Waterstone’s (when it had the apostrophe, but no profit) and put James Daunt in charge. 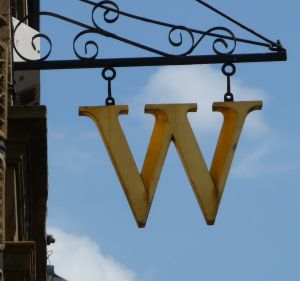 Daunt was already a very successful businessman. He founded Daunt Books in Marleybone High Street in 1990 when he was just 26, and ended up running six independent book stores across London, all of which remained profitable even in difficult market conditions. The first thing Daunt did as Managing Director of Waterstones – apart from getting rid of the apostrophe – was to tear up the existing business plan for the failing book store and implement his own, rather unconventional, ideas.

He took power away from publishers and gave it back to the book sellers, promoting what he believed would sell rather than what the publishers wanted to advertise. All those “Best Seller” spots in the window of big book stores didn’t actually mean the books were best sellers. The publishers paid for those spots.

The great thing about Daunt, in my opinion, is that he’s not an accountant, a marketing executive or a PR man. He trusts the book lovers he works with. One thing he said made me laugh out loud: when he discussed his individual marketing plan and how he wanted to shake up the business he loved, he knew publishers would not be happy with his decision to cut their advertising space in his stores. “But,” he said, “we had the advantage of being bankrupt…” Talk about turning a negative into a positive!

He also gave each Waterstones almost complete autonomy over how to arrange their merchandise. So, no more homogeneity, where Waterstones in Glasgow looked exactly the same as the one in Chiswick. Each Waterstones looks different, individual, inviting. The one thing they all have in common is good books, tailored to individual local areas.

What has this got to do with writing and publishing? Everything. Rules are great when they work, and lethal when they don’t. Sometimes we’re so used to following old rules and procedures we don’t realise they’re so past their sell-by date they’re doing more harm than good. Many publishers have been following restrictive rules for a long time: pay lots of money for advertising space in shop windows (take it out of authors’ earnings) … tick. Avoid risks … tick. Ooops, not making so much money – cut authors’ earnings a bit more … tick. Watch the rise of independent author publishers…

I love that as independent publishers we are the mavericks of the publishing world. We’ve stopped trying to second guess anyone, least of all fickle publishers, and write what we want to write. We make it the best we can. Yes, we follow the rules of editing, punctuation and good grammar. Yes, of course we’re aware of the market, but we don’t let it tyrannise us. We don’t jump on band wagons for the sake of a quick buck – we don’t let the bottom line dictate what we write. Where’s the joy in that?

We can’t all be the kind of maverick James Daunt is. But we can learn from him. If you make any resolutions for 2016, make them be to trust yourself, ignore the “rules”, and write from your heart.