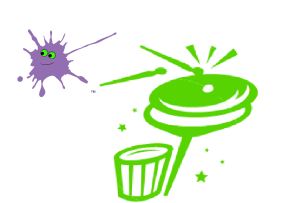 Treasure This, the startling debut novel by Kay Leitch, former production editor of Cosmopolitan and The Sunday Times Magazine, is the third title to grace Electrik Inc’s independent publishing list.

A whodunit for kids (from 10 to 100),Treasure This promises mystery and suspense, drama and dead bodies – and all before breakfast!

Vivid and fast-paced, it has a plot that would make Agatha Christie herself breathless. At its centre is 12-year-old Addison, a sharp-witted, funny and hugely loveable heroine, who goes out one morning and finds a dead body in her aunt and uncle’s garden shed. Bang. From this explosive opening, a roller-coaster of action takes us into the heart of family secrets and lies, with more than a hint of dark farce along the way. Addy feels sure her lovely aunt and uncle couldn’t have done the deed. But when the body disappears and no-one – including Caitlin, her wannabe Goth sister, and little brother, Leaf – believes a word she says, this modern-day Miss Marple is determined to find out what’s going on … even if it leads her to more buried bodies …

Set in a rambling country house with thugs loitering menacingly nearby, the story has shades of the blood-drenched detective drama, Midsomer Murders, and reading it is a little like sitting in an audience, watching a thriller unfold. Great TV material here.

Written with sparkling wit and often great hilarity, Treasure This is a gritty story which doesn’t shy away from tough issues. It’s much more than a whodunit. As Kay says in her blog, http://kaywritesheretoo.wordpress.com: ‘It isn’t your average mystery thriller. It doesn’t follow rules (I don’t like rules). It throws up questions we all meet on our journey through life, about families, love, actions and consequences, secrets – good and bad – and that grey No Man’s Land in between. Poor Addy has to deal with all that. It’s quite a journey for her.’

Find out exactly what went on in that garden shed – Treasure This is available from 29th September, from Mr B’s Emporium of Reading Delights in Bath, Amazon print on demand and ebook.

We love this book … Definitely one to treasure.

A whodunit for any age
When 12-year-old Addison finds a dead man in her aunt and uncle’s garden shed, she’s sure they couldn’t have killed him. Could they? Super-sleuth Addy is determined to find out. But how can she make Caitlin (a wannabe Goth) and seven-year-old Leaf (in training for the SAS) believe her when the body disappears? Who are the two thugs watching Roseleigh Manor so closely? And the question that’s really driving her mad – how many more bodies are buried in that garden?

Addy’s investigations take her into the heart of old secrets and new lies, threatening to blow apart her family and everything she loves. Oh, and she’s got that maths exam to worry about, too.